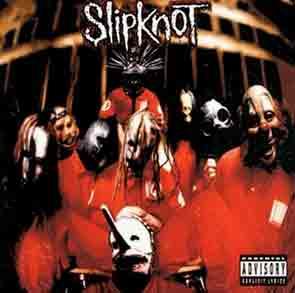 i picked a fight with 6 music pastors some time ago [i know, what a surprise…]
i told them that i thought the band slipknot had been redeemed for god’s purposes because a conversation surrounding their music between myself and someone without faith had led to me sharing my life story and opening a very positive discussin about christ and spirituality.
so, slipknot has become a part of my experience of the incarnation

after they put down their pitchforks and torches, the others told me that slipknot was evil and i should never, ever listen to their music. a few minutes later, however, they began to talk about how narrow the church’s view of art was, and how hypocritical it is for believers not to listen to mozart’s masses just because he himself wasn’t a christian. they maintained that the music was drawing people to god, and therefore was good, even though the artist wasn’t.

am i the only one who thinks
[1] we were making the same argument, and
[2] somewhere god was laughing his/her head off?